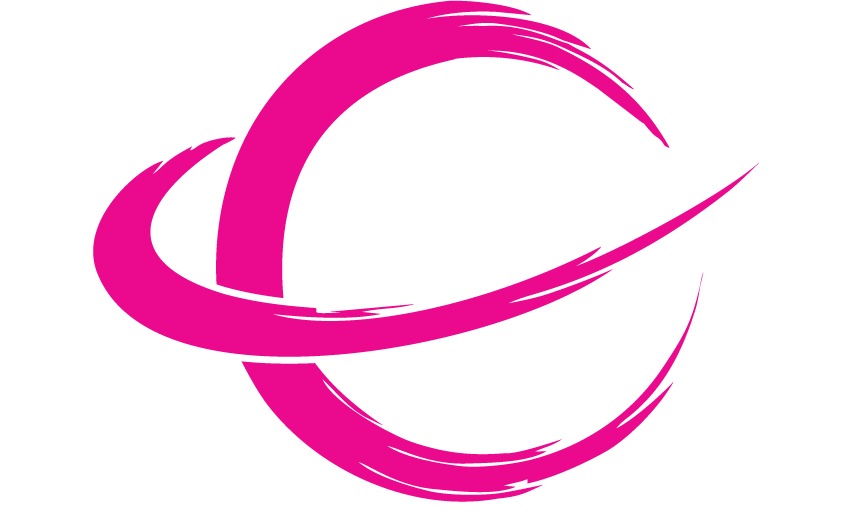 Participate in intimate conversations with psychedelic leaders about the road to legalizing psychedelics.

New speakers are added weekly! To view our speakers from 2022, click here.

Interested in speaking at our event? Apply to become a presenting speaker at #CatalystSummit2023!

The rapidly evolving landscape of legal, regulatory and legislative changes and trends in Canada and beyond

The Business of Psychedelics

Before and After the Medicine

CATALYST will be partnering with several key Canadian organizations and companies within the Psychedelic space. For more details and to request a sponsorship package, please get in touch. 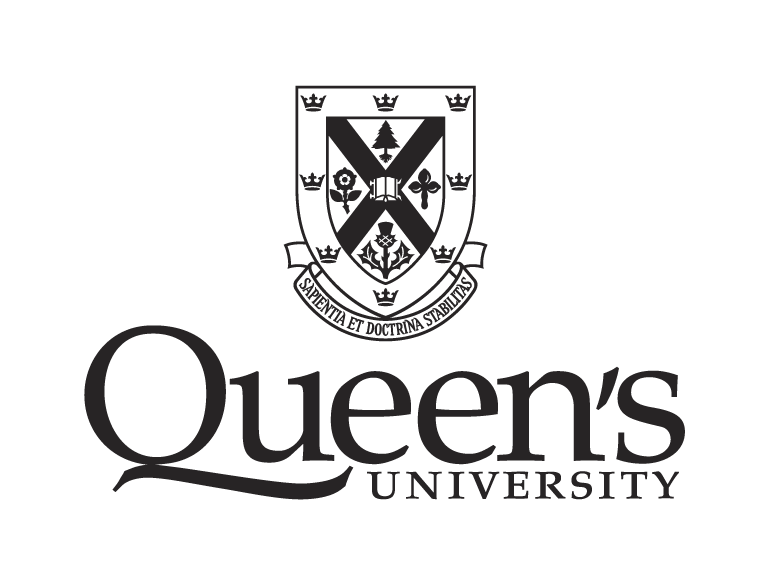 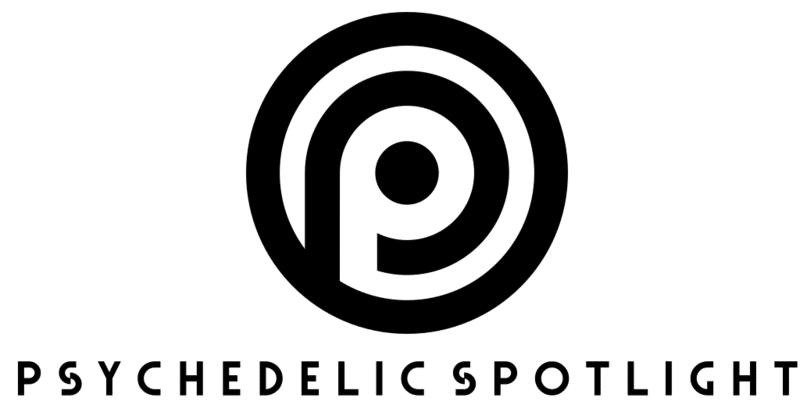 Want to become a sponsor for 2023? Apply today!

If you have a question or inquiry, please use the form below to contact CATALYST Presents Foundation.

Stephen Beardwood is a Canadian Forces Veteran Paratrooper and Medic with 17 years of military service. Stephen is also a professional instrumental guitarist, poet, and songwriter. He served in a combat role as a member of the Canadian Airborne Regiment in Somalia and is a co-founder and current chairman of Veterans House Charity (https://veteranshouse.ca) Stephen is actively involved in veterans’ mental health.

Stephen is an experienced professional regarding Veteran’s Affairs and the obvious challenges veterans have faced during and after their service. This would include insufficient equipment on deployments, difficulty reporting mental health problems, sexual assault, medical release issues, improper medical diagnoses, difficulties obtaining medical pensions, family courts, police welfare checks and being forced to fail on pharmaceuticals before being allowed to look at alternatives.

He has successfully used plant-based medicines like cannabis and psilocybin over pharmaceuticals in his mental and physical health recovery.

Justin Kirkland – Optimi Health Chief Science Officer Justin is a chemist with experience in natural products, small molecules, peptide synthesis, analytical chemistry, and drug formulations for improved bioavailability. Kirkland has earned a BS in Agronomy and an MS in Biology, and attended medical school in Belize at the Central American Health Sciences University. He was recently awarded a U.S. patent for the improved synthesis of the ergoline BOL-148: useful in treating cluster headaches.

Contributed and consulted on several governing policies, standards, and monographs internationally and contributed to industry by taking on special projects as well as volunteers for several non for-profit organizations and focuses on bridging the gap between science and industry.

Juliana is a Ceritifed Somatic Sex Educator, Sexological Bodyworker, Doula, and Pleasure Activist. She is passionate about supporting couples to connect more deeply with themselves and each other through integrating the teachings of somatic sexuality, trauma resolution and sacred plant medicines into their intimate lives so that their relationship can be a source of nourishment and healing for themselves and for the world. She is the creator of Boldly Embodied which is the current home of her work where she supports individuals and couples to boldly embody their love, their pleasure and their lives. She lives and works in the Green Mountains of Vermont where she enjoys swimming in cold water and sun bathing on warm rocks.
Tashia Petker, MSc, is a Killam Doctoral Scholar, clinical psychology PhD student, and president of the Canadian Students for Sensible Drug Policy at the University of British Columbia. Her research is focused on psychedelic therapy for addictions in the Therapeutic, Recreational, and Problematic Substance Use lab. Tashia has over 10 years of experience in addictions treatment and research, and her recent work in the Problematic Substance Use clinic has focused on helping marginalized adults and youth with concurrent disorders. Tashia’s research has been featured in numerous publications and presentations on topics related to psychedelics, cannabis, adolescent substance use, criminal behaviour, and the use of yoga in addictions treatment.
James Hallifax is an entrepreneur who co-founded The Psychedelic Investor, a media company focused on investing in psychedelic medicines which treat mental health conditions. Together with his business partner, they have grown their YouTube Channel to be the largest Channel dedicated to Investing in Psychedelics. Through their partnership with Psychedelic Spotlight, James aims to help educate retail investors on the potential for substances like LSD, MDMA and Magic Mushrooms to heal, and for early investors who make the right choices to make a lot of money. Rather than focus on day to day stock movements, James follows the underlying science of the industry, to help people understand which companies are the most likely to succeed long term.
Rebecca Nicholson is the CEO of 5D World Inc. and Founding partner of 5D Ventures. Her vision and creativity are balanced with a grounding force that allows her to oversee executive leadership and operations in the fast-paced and ever evolving industry of impact investing. Rebecca brings over 20 years of experience managing high-level teams and projects, leading transformation into all that she does. She is responsible for running all facets of the business at 5D World Inc. including bringing her passion, patience, and persistence to investor relations, driving company growth, development of corporate culture, team-building, projections and goal-setting, events, and fundraising. She is also a key advisor to Dimensions Retreats and is a founding member of Canadian Women in Psychedelics. Before joining 5D World Inc. she excelled as an industry leader in the marketing and wellness sectors. Rebecca currently resides in Toronto and she is passionate about her two sons, exploring deep nature and building strength through her dedicated yoga practice.

Sonia Stringer is a professional speaker, business and life coach who has been immersed in transformational work for over 25 years.  She started her career as a National Sales Trainer with peak performance expert Anthony Robbins, during which she delivered workshops and keynotes for over 800 organizations throughout the United States and Canada.

In 2000, Sonia launched her own coaching and training company based in San Diego, California. She has designed and delivered hundreds of live/virtual training programs and events, generating multiple 7-figures in revenue and serving over 100,000 clients in 36 countries.

Sonia is a graduate of the University of Santa Monica, which offers an MA degree in spiritual psychology, and has devoted much of her adult life to studying traditional and innovative approaches to psychology and transformational models.  She has been a passionate advocate for psychedelic medicines and therapy for over 25 years, and currently sits on the Board of the Canadian Psychedelic Association.

Sonia is excited to contribute her skills and experience to make ATMA’s Psychedelic Assisted Therapy program an invaluable resource for therapists, MD’s and other health care professionals wanting to create the best possible outcomes for their patients and clients.

Curt graduated from Ryerson in 1983 with a B.A.A. in Radio and Television Arts.

In 1986 he joined the CBC and started working in what was known as Frobisher Bay and later Iqaluit, in the North West Territories. He lived here for nearly seven years.

His career with the CBC then took him to Winnipeg, Manitoba, where he became a National Reporter. In Winnipeg Curt’s investigative journalism revealed a scheme hatched in the Premier’s office to create a dummy political party in order to alter the outcome of a provincial election. Curt’s work sparked a public inquiry which confirmed his findings about corruption and election officials who played a role in covering it up. His reporting won the Michener Award for meritorious public service journalism in 1999.

In 2001 he joined the CBC’s parliamentary bureau in Ottawa. Four years later Curt took on the job of National reporter for BC. His investigative work has been recognized by The Jack Webster Foundation, The Radio and Television News Director’s Association, the Canadian Association of Journalists, and The New York Festivals.

Curt has been called on to report on countless critical incidents, catastrophes and humanitarian crises: from the devastating Manitoba flood in 1997, to the seminal Columbine school shooting in Littleton, Colorado, to more recent events including the 2011 earthquake, tsunami and nuclear disaster in Japan, the worst drought in Eastern Africa in a generation that same year, and Typhoon Haiyan’s swath of destruction in the Philippines in 2013. It was following his trip to the Philippines, after some particularly difficult conditions, that he was eventually diagnosed with PTSD.

Ever the journalist, even when he was at his darkest point, Curt collaborated on a documentary which made him the focus of the story.

Since 2007, no story has occupied more of Curt’s time, interest and curiosity than that of the death of Robert Dziekanski and the investigation into what happened. Curt’s credo is to keep asking questions until the answers stand up to scrutiny.

In 2020 Curt began writing a series of pieces for The Tyee about psychedelic psychotherapy and how Canadian medical authorities and governments were responding to the growing demand for access. The stories culminated in an investigation into the death of Amanda Leech, a B.C. woman who’s doctors withdrew life-changing ketamine therapy without explanation or reason.

Throughout his illness and treatment, Curt maintained an interest in the sprawling and complicated story that is the subject of Blamed and Broken. His treating physicians encouraged Curt to use writing as a therapy, even when he was unable to carry out the job which has been his life’s work for more than thirty years. It was good advice.